Canine conditioning as it is generally practiced is not really geared toward canine athletic performance. There are a lot of great 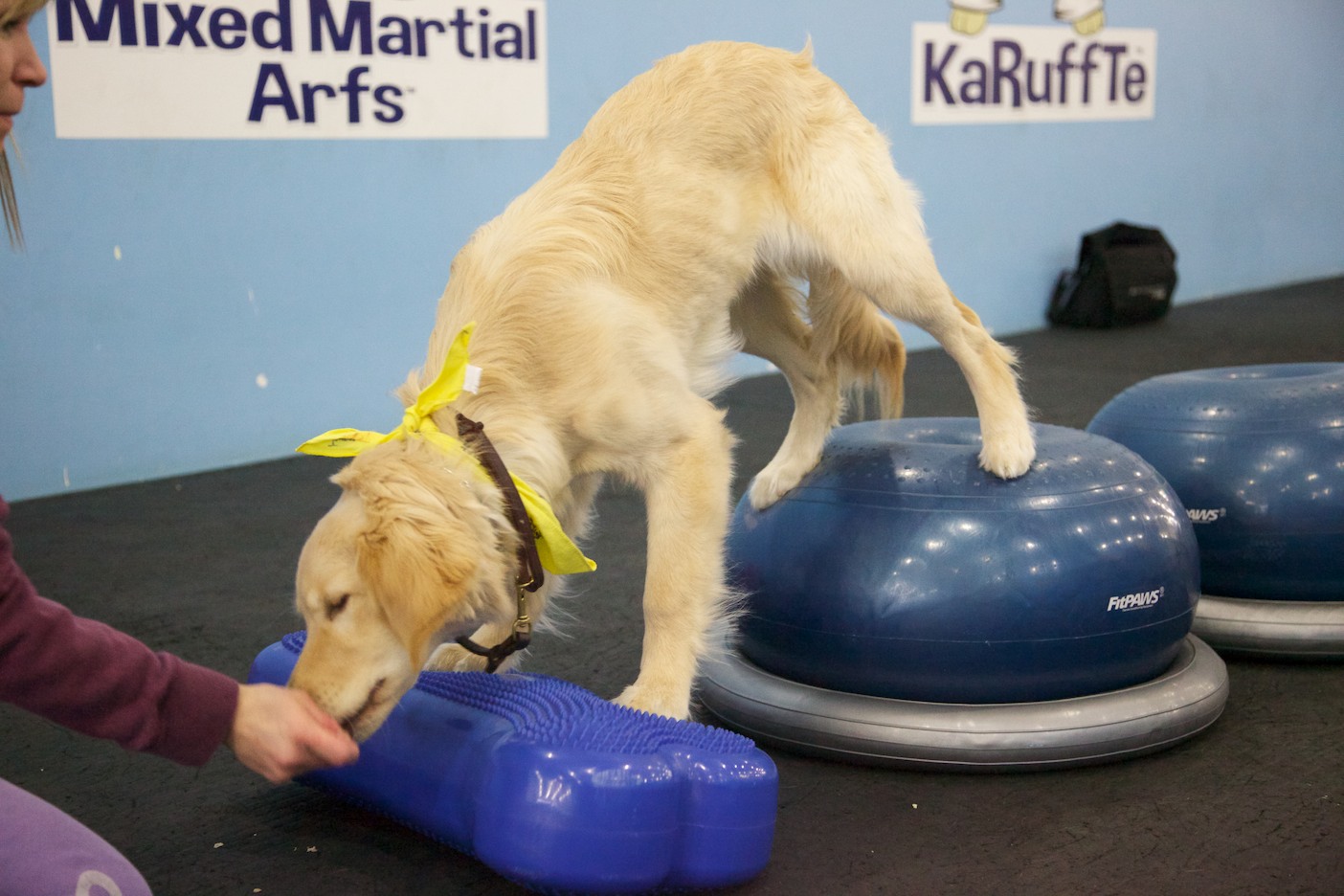 exercises that ultimately will not translate to improved performance or injury prevention because the execution will never advance beyond a dog simply going through the motion of the exercises. That’s because the overwhelming majority of canine conditioning exercises never move beyond their canine rehabilitation roots.

Canine Rehabilitation is about safely RESTORING function.  The exercises and activities for Canine Rehab are safe because they maintain the fixed positions, controlled movements, minimal angles and total predictability necessary to restore proper function during the rehabilitative period, when the injured or post-operative area is most vulnerable.

Take the underwater treadmill for example. If your dog has had a ruptured disc or other injury and needs assistance walking or 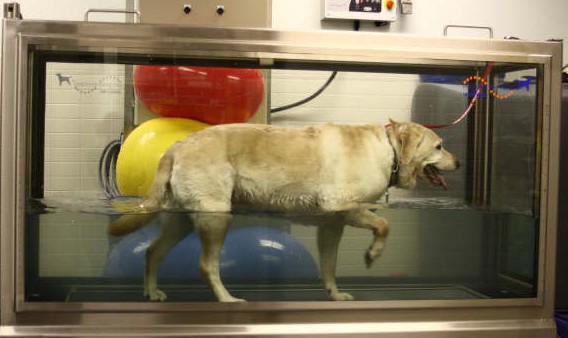 relearning to walk, the buoyancy, predictable  speed, and linear direction of the treadmill aids in this process. It is safe, easy to execute, and allows for controlled and defined progression. And  although your dog is performing the movements and engaging the muscles that they use during normal movement,  the UWTM only works your dog’s limbs moving in one plane of direction, at one angle, in one body position, with total predictability and without the need for your dog to actually propel itself forward.

Performance in sport relies on the ability to perform dynamic, full range movements, at various body positions, with extreme angles, complete unpredictability and while physically driving forward.  Think about your dog running an agility course, they change their body position, weight distribution, limb angles, and center of gravity as fast as they possibly can, all propelling themselves forward with their entire body engaged in powering their movement completely unaware of where they’re headed next.

Because of the physical nature of dog sports and the canine athletes that participate, Canine Conditioning has to be about safely MAXIMIZING function.  The result of a conditioning program for a canine athlete must enable them to maximally contract any muscle, throughout its full range of motion, at varying angles of limb placement and body position, in multiple planes of direction, amid wide ranges of eccentric torque, and without fear of injury. In order to achieve this, the exercises and activities of your canine athlete’s conditioning program MUST incorporate movements that will produce that result.

This doesn’t not mean we take unnecessary risks with insane exercises in the name of maximizing function.  We need to achieve our goals with minimal risk of injury to our dogs. Safety is about 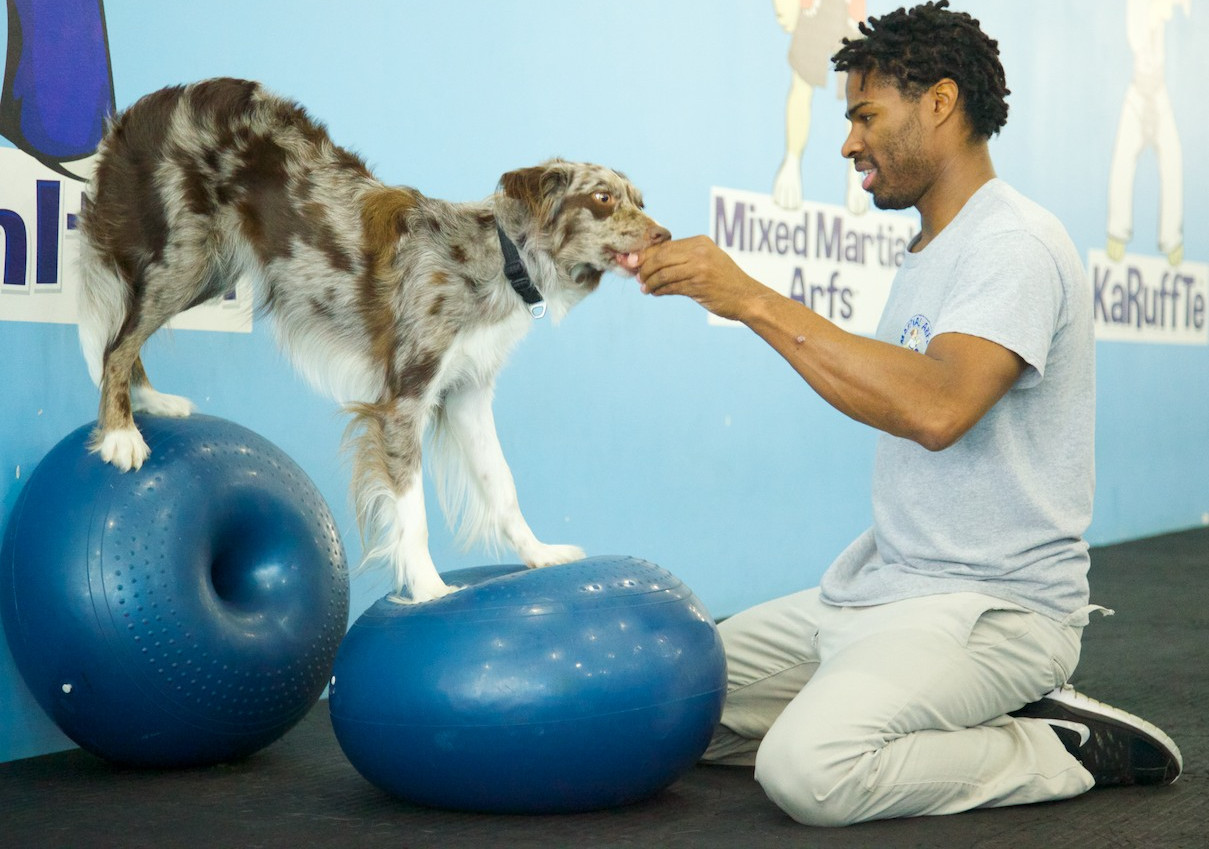 Knowledge & Proper Execution; Knowledge is about education; Proper Execution is about control. So first you have to know what your doing and why you’re doing it. Then execution of canine athletic exercises begins with slow, controlled, predictable movements in order to properly engage the target muscles, same as Canine Rehab exercises. However, for continued adaptation for functional performance gains, execution needs to progress in speed, resistance, complexity & unpredictability, but with minimal loss of control.

During the development of The Martial ARFS, and since we’ve opened our first, we’ve combined the safety & specificity of canine rehabilitation with superior athletic conditioning exercises that mimic the nature of the movements of sport, to create the most advanced canine conditioning concepts, exercises and programs available.

As you read the next few post (subscribe top left) you’ll begin to realize the true potential of conditioning your dog for athletic performance or an active lifestyle, and you’ll expect more from a canine conditioning program.

7 thoughts on “The Problem With Canine Conditioning”